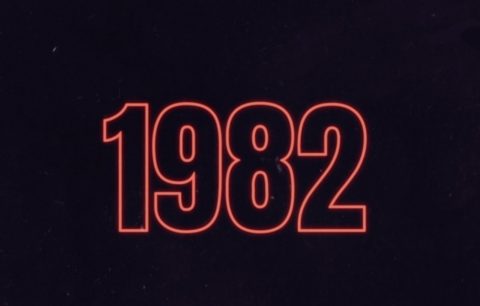 In 1982, the Argentine military dictatorship invaded the Falkland Islands, located 500 kilometers off the country’s coast. The government left no stone unturned in using propaganda to convince the people of the righteousness of their mission.

Consisting almost entirely of excerpts from the TV program 60 minutos, 1982 summarizes the media campaign that took place over the 74 days of war, when Argentine troops tried to take the island back from the British. We watch TV anchormen ask viewers to donate money for weapons, inspire them to sing the national anthem at home, and welcome government leaders as heroes as they “spontaneously” show up at the studio to celebrate the importance of the mission for the fatherland.

It’s very clever how this montage of archive material—the actual research subject here—reflects the power of media while at the same time placing the propaganda in the spirit of the times. The screen-in-screen editing style popular at the time transports us to the average Argentine living room of 1982, which only amplifies the absurdity of all the “good news.”