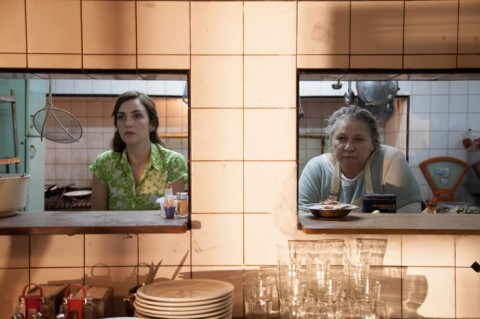 Six hilarious short stories combine to form a macabre tango at the gates of madness in this outrageous comedy about the trials of modern life. Vulnerable before a reality that can suddenly be modified and become unpredictable, the characters of Wild Tales cross the thin line that divides civilization from brutality. The participation of the Almodóvar brothers as producers is no surprise. Wild Tales brings to mind such frantic early El Deseo productions as Labyrinth of Passions and Women On the Verge of a Nervous Breakdown

Sin Fin Cinema has hand picked the most powerful, thought provoking, original and enjoyable films and documentaries to deliver a  true Spanish Cinema experience to all corners of Amsterdam. A carefully selected Spanish spoken film will be screened in a different location across Amsterdam every month.

The Spanish Film of the Month will enrich Amsterdam’s film culture, with highly acclaimed Spanish Cinema, never before screened in the city. Each of these films have been selected and awarded at some of the worlds most highly acclaimed film festivals.

Every screening will be followed by a live Q&A and a complimentary glass of Spanish wine.