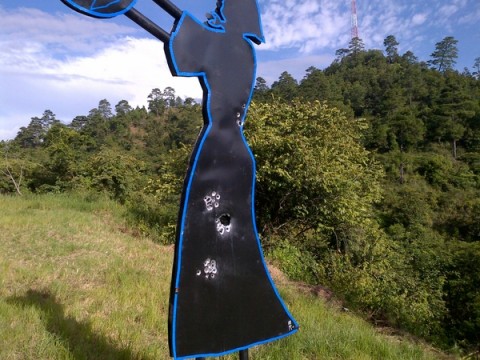 Human rights defenders across the Americas are facing escalating levels of intimidation, harassment and attacks at the hands of state security forces, paramilitary groups and organized crime, Amnesty International wrote in a new report in December.

“Human rights defenders are systematically harassed, attacked and subjected to unfounded criminal charges in almost every country in the Americas to prevent them from speaking out for the rights of the most marginalized,” said Nancy Tapias-Torrado, Americas Researcher on the Situation of Human Rights Defenders at Amnesty International.

Throughout the Americas, human rights defenders have been publicly condemned as “illegal”, “illegitimate”, “unscrupulous” or even “immoral”. They have been accused of being criminals, corrupt, liars, troublemakers or subversives; of defending criminals; and of supporting guerrilla groups. Such public criticisms have been voiced by government officials as well as non-state actors.

“Men and women who work to protect human rights are also targeted as they are seen by powerful political and economic interests as an obstacle to major development projects,” said Nancy Tapias-Torrado.

Those particularly targeted include people working on issues related to land and natural resources; the rights of women, lesbian, gay, bisexual, transgender and intersex people, abuses against migrants as well as those working to ensure justice for human rights abuses, plus journalists, bloggers and trade unionists.

300 cases, four convictions
Of the almost 300 cases analyzed by Amnesty International, those directly responsible were convicted in only four cases.

Almost half of the cases documented by Amnesty International took place in the context of disputes over lands, in countries including Brazil, Colombia and Honduras; several were related to large-scale development projects led by private companies.

In countries including Cuba and Mexico, defenders have suffered judicial harassment, have been detained on the basis of flawed evidence or have had spurious charges hanging over them for years because arrest warrants are issued then not acted on. Indigenous human rights defenders José Ramón Aniceto Gómez and Pascual Agustín Cruz, from Puebla, Mexico, were released from prison on 28 November 2012, after the country’s Supreme Court of Justice overturned their unfair conviction.José Ramón and Pascual were sentenced, in 12 July 2010, to seven years in prison, accused of stealing a car.

The case was brought by a member of a powerful local cacique group that had for many years restricted access to water and charged connection fees that represented four monthly wages for many community members. The two defenders had fought to establish free mains water connections to people’s houses.

The Court’s decision on this case confirms Amnesty International’s conclusion that the case against these defenders was a total injustice.
In several countries of the Americas, women human rights defenders who have campaigned on issues including violence against women, have faced rape, threats of rape, intimidation and their relatives have been threatened.

On 9 November 2011, an armed man and a woman entered the home of human rights defender Jackeline Rojas Castañeda in Barrancabermeja, Colombia. The man and woman held her and her 15-year-old daughter at gunpoint in separate rooms. They told Jackeline they would kill her daughter if she tried to call for help.

Jackeline was tied up and gagged, and red paint was sprayed on her body and clothes. The attackers repeatedly demanded information on the whereabouts of her son and her husband, a trade union leader. In addition to the attack, two laptops, USB sticks, mobiles and documents were taken from her house.

On 10 November, Jackeline – a prominent member of the Popular Women’s Organization (Organización Femenina Popular) — went to report the attack at the Attorney General’s Office. Her complaint was initially not accepted by staff who claimed she had invented the attack.

“When authorities fail to protect those who work to defend everyone’s human rights and fail to investigate attacks against them, they send a signal that those attacks are tolerated,” said Nancy Tapias-Torrado.

”Governments must guarantee that human rights defenders enjoy comprehensive protection, which includes as a minimum recognizing the importance and legitimacy of their work, the full investigation of abuses they face and the provision of effective protection measures.”