March has been an exciting month for the Latin American region: rapprochement between the United States and Cuba continues, tensions between the United States and Venezuela are heightening, Brazil deals with the political fall-out of the Petrobras corruption scandal, and El Salvadorian citizens went to the voting booths. In this blog, I present you with a short summary of these events, as well as some of the strangest, funniest, and most heart-breaking stories I came across in the media this month. Cuba Over the last couple of months, Cuba and... » meer lezen

This month, several breaking Latin American news items made headlines. Most of you probably heard about the Nisman scandal, the Havana peace talks between Colombia and the FARC, and the continuing rapprochement between the United States and Cuba. That is not what this blog is about! Instead, I present to you some of the strangest, funniest, and most heart-breaking stories I came across in the media this February. Cuba A few weeks ago, Cuban citizens received better news than they had ever hoped for: Netflix plans to expand its services... » meer lezen

From Escobar to the Zetas: Changing illicit networks in Latin America 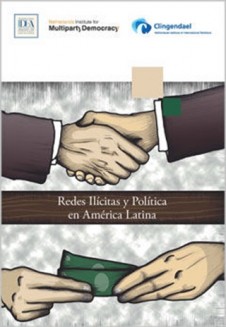 Last Monday, the Netherlands Institute for Multiparty Democracy (NIMD), the Netherlands Institute of International Relations (Clingendael) and International IDEA presented their new book on illicit networks and politics in Latin America. As many of you working on – or interested in – Latin American politics know, this topic is a very relevant one given the high levels of organized crime and associated violence that many Latin American societies face. According to Clingendael’s senior research fellow Ivan Briscoe, some 30% of Latin American homicides, for example, can be attributed to organized... » meer lezen

The 2014 presidential elections in Costa Rica: a new wind in paradise?

Last Sunday, Costa Ricans elected PAC-candidate Luís Guillermo Solís their new president. In a surprising turn of events, Solís managed to rupture a string of PLN and PUSC presidencies and thereby became the country’s first president not belonging to a traditional party since the 1949 democratic transition. Up to Election Day itself, opinion polls predicted that Solís would come in as one of the last contenders in this presidential race.[1] Nevertheless, he astonished friend and foe by winning the first round of the presidential elections organized last February.[2] His PLN... » meer lezen 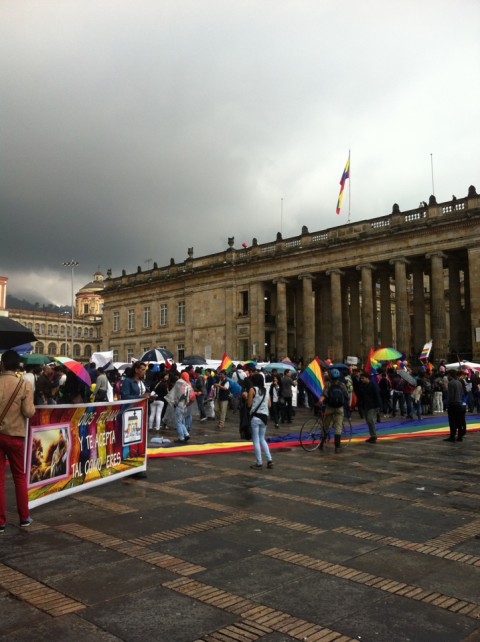 Towards a Latin American Iron Law of Oligarchy?

One of my favorite scholars is Robert Michels, who – as a member of the German Socialist Party in the early 20th century – came up with the famous ´iron law of oligarchy´. This basically means that every party will eventually end up being governed by a small group of close-minded party elites (this led Michels to switch his allegiance to the Italian fascists. Must have been a logical step at the time…) Imagine my surprise when Michels turned up in 21st century Costa Rica as one of the reasons... » meer lezen

Trouble in paradise? Costa Rica’s week as a democratic dictatorship 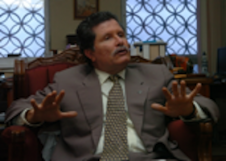 One of the few things that I still remember through the alcohol-induced fog that surrounds most memories of my first year as as student in Leiden are the classes of professor Patricio Silva. Next to his knowledge about politics in Latin America in general, this professor excels in his examples of Latin American people seeking to ‘keep up appearances’. Getting fined because you´re driving around talking into a fake mobile phone, dying of heath exhaustion because if you keep your car’s windows up  you appear to have airconditioning. That sort... » meer lezen

Let me tell you about electoral fraud – Part 2 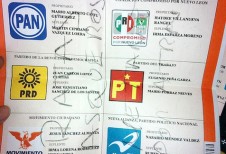 One thing you can say about Mexicans is that they tend to complicate life through over-regulation. The best example of this is their electoral system, which is probably the most complex one in the world: 300 seats in Congress can be obtained in electoral districts where the seat goes to the candidate with the most votes. For the election of the remaining 200 seats, the country is divided in 5 large districts of 40 seats which are distributed through proportional representation. These seats are important because a party may never... » meer lezen

Let me tell you about electoral fraud 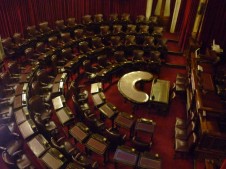 Although I am in Buenos Aires to investigate the 2009 reform of the law on political parties – not a good conversation starter at parties, I can tell you – something that continues to come up in my interviews is the topic of electoral fraud. And boy, do these Argentines come up with ways to tamper with the ballot. Electoral fraud in Argentina is closely connected to the country’s peculiar voting system. Whereas most countries in the world have passed to a system where the state provides the voters with... » meer lezen 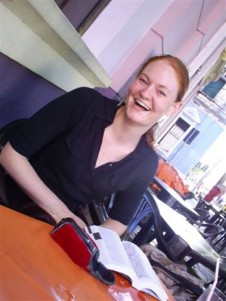 After my various travels and stays in Ecuador, Brasil, Guatemala, Argentina, Mexico, Costa Rica, and Colombia, the continent feels like my second home. I keep coming back to the region, driven by my research on political institutional reform by day, and by my general curiosity to understand all things different by night (when did pico de gallo start to taste so nice, why on earth did salsa get replaced by reggaetón, would it be possible to introduce Latin American birthday celebrations back home?). In my blogs, I hope to share with you some of the strange events that I come across in my research, while simultaneously offering a crash-course on Latin American political institutions :)