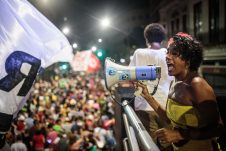 2017 was a year of uncountable retrogresses in all areas in Brazil. From A to Z, it is possible to cite examples of public policies, projects of laws, discourses and cancelled progressive agendas that plotted the scenario of a backwards, medieval terra brasilis[1]. Under the influence of predominantly conservative ideas (the caucus Cattle – Bible – Bullet[2]), the National Congress kept representing the utmost of Brazilian staggering politics. Brazilian congressman unearthed their bunch of conservative ideas, spread and manoeuvred their misleading arguments, and agitated the population towards an even more... » meer lezen 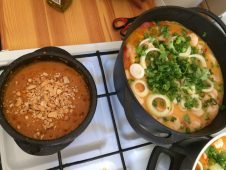 Moqueca is a Brazilians’ favorite dish for many reasons: it is practical to make, it is healthy, and involves a combination of ingredients that is genuinely Brazilian. Fish, Urucum , coriander, tomatoes, plus coconut milk, pepper and dendê oil (the last three only in the baiana – version) are the main stars of this complex combination of flavours. According to many sources (family and friends mostly) I consulted to write this text, moqueca is a plate with indigenous and African origins. While the moqueca capixaba (from the State of Espírito Santo) seems... » meer lezen