Post-conflict reparations and the everyday challenges of building peace 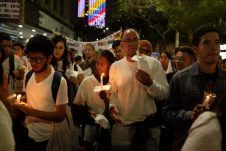 After having written several pieces about different aspects of post-conflict peacebuilding, I would like to come back to the question I started this series of blog posts with: what is peace and how do you build it? I have demonstrated that the signing of a peace agreement is only a first step, since the actual changing of the lives of those affected by conflict is a complicated and long-term process. In this final post, I would like to shed some light on the role that reparations, an increasingly recognised element... » meer lezen

‘Gendering’ peace and conflict: is it all about women? 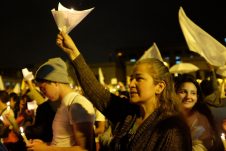 For a long time it was considered that those most affected by war were men. This was a result of the fact that men made up the largest parts of the warring parties, or were targeted for killings or enforced disappearances because of their membership to opposition political groups. This has long diverted attention away from other forms of violence that affect women, and the different ways in which men and women experience conflicts. The war in the former Yugoslavia and Rwanda’s genocide changed this, as it became clear that... » meer lezen 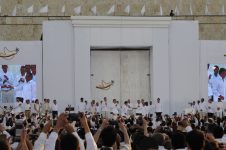 Why would a country vote against peace after over 50 years of war in which more than 200.000 people lost their lives and over six million were displaced? This question occupied all those interested in or somehow connected to Colombia over the last couple of days. Like them, having expected the victory for the ‘yes-camp’ that the polls predicted, I was strongly surprised with the vote against the peace process in Sunday’s referendum – even though ‘no’ won by less than a 1% difference. In reality, reminiscent of June’s Brexit... » meer lezen

The internal conflict in Colombia, which has been ongoing for over five decades, has led to hundreds of thousands of victims of crimes ranging from killings, kidnappings and enforced disappearance to sexual violence. But the nature of the conflict, which increasingly revolved around control over land and natural resources, has also led to an unprecedented number of internally displaced people. It is estimated that during the conflict around 6 million people have been displaced, mostly persons from rural areas who sought refuge in the cities. Land restitution Since 2011, Colombia has... » meer lezen

Colombia: lessons to be learned about ‘Justice and Peace’

This article appeared in different form on The Conversation On 23 June, Colombia signed a historic ceasefire that leads the way for the long awaited peace agreement between the government and the country’s main guerrilla group, the FARC (although it still has to be approved by the Colombian population). The ELN has finally also joined peace talks with the government. This forthcoming peace agreement includes a transitional justice process, aiming to achieve a lasting democracy through truth-seeking about the conflict and its causes, restorative and retributive justice for the perpetrators, reparations... » meer lezen

What is peace and how do you build it? 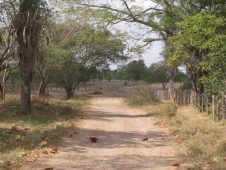 Over the last months, European newspapers have been filled with items about extreme human suffering caused by conflict and war, such as the migration crisis in Europe, the conflict and failed peace negotiations in Syria and the crisis between Russia and Ukraine, to mention just a few. Receiving less media attention, at this moment a peace process is being finalised between the Colombian government and guerrilla group FARC – while ELN, another guerrilla group has only recently initiated peace talks with the government. A peace agreement would mean the end... » meer lezen 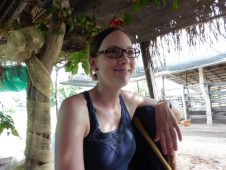 Sanne Weber is a PhD candidate and Research Assistant at the Centre for Trust, Peace and Social Relations (Coventry University). She is particularly interested in analysing how conflict affects gender relations, and whether and how transitional justice mechanisms are capable of addressing and transforming gendered and other structural inequalities. She has just finished fieldwork in Colombia, analysing the gendered dynamics of Colombia’s land restitution and reparation process. For conSentido she writes about transitional justice in Colombia.