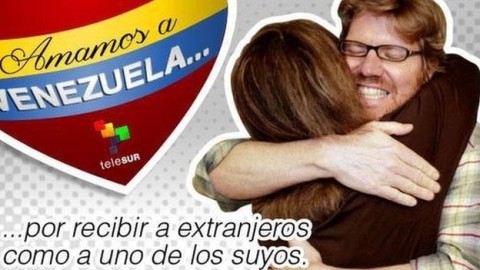 This month, several breaking Latin American news items made headlines. Most of you probably heard about the Nisman scandal, the Havana peace talks between Colombia and the FARC, and the continuing

rapprochement between the United States and Cuba. That is not what this blog is about! Instead, I present to you some of the strangest, funniest, and most heart-breaking stories I came across in the media this February.

A few weeks ago, Cuban citizens received better news than they had ever hoped for: Netflix plans

to expand its services to Cuba! Unfortunately, most Cubans received this amazing announcement by word of mouth, as the tweet in which Netflix conveyed its plans

could only be read by the 5 per cent of Cubans that have regular Internet access. Nevertheless, the US government announced that it would allow its telecommunications companies to start

developing the Cuban Internet infrastructure; so limited Internet access should pose no major hurdles to future Netflix use. And although some cynics doubted whether ordinary Cubans would be able to pay Netflix’s $7.99 monthly fee, Mastercard and American Express reported that they no longer block Cuban transactions. The joys of the free

It is not just Cubans, however, that will be benefitting from the increased rapprochement between their homeland and the United States. American senators are pushing to lift the travel ban for ordinary US citizens. If they succeed, this means that US citizens can bring back home

some of those awesome Cuban cigars after they get some plastic surgery done on the island.

Speaking of plastic surgery, here’s a cute picture of a Costa Rican toucan being equipped with a prosthetic replacement after having lost part of its beak in a brutal attack by a group of youths. On to more serious news. Everyone knows that a good offence is the best defence. That much is clear to Nicolás Maduro, who applies the most famous manoeuvre in the Latin American political playbook – the conspiracy – to protect his reign from the political fallout of a failing economy. This month, Maduro single-handedly ordered the arrest of supermarket CEO’s and pharmacists who he accuses of economic sabotage, as well as opposition politicians who he accuses of participation in a global anti-Venezuelan conspiracy. Perhaps someone should have told the British embassy that these are not the best sorts of circumstances to secretly try and record legal hearings.

If all these twists and plots were not enough, Venezuela also managed to receive my ‘most bizarre news of the month’ award when it used a photo of a US journalist it had just released from jail in a promotional campaign. The photo of Jim Wyss – who had been detained after covering the 2013 elections – was taken at Miami airport where he was being welcomed home

after his arrest. Surrealism at its best.

a fresh investigation into the death of Nobel-Prize winning

poet – and member of the Communist Party – Pablo Neruda, who died in 1973 under suspicious circumstances. Although a 2013 investigation found no remains of poison in the poet’s body, the new investigation will focus on cellular or protein damage that can be ascribed to chemical agents. At the same time, a Chilean court ruled against transitional justice in another case dating

back to the period of the military regime. A Catholic priest, who handed over babies for adoption while telling their mothers that their children had died, was not prosecuted because too much time had passed

Societal unrest surrounding the disappearance of 43 student-protesters in Ayotzinapa has not died down yet. This February, we witnessed references to Ayotzinapa and bad governance in the Oscar acceptance speech of Birdman director Alejandro Gonzalez Iñárritu. Thousands of Mexicans used Ash Wednesday to make a statement about the need to bring justice to the families of the disappeared students, #43nosonceniza. Meanwhile, protestors in the Guerrero state attacked the local offices of the Coca Cola company. It is unclear whether they sought to make an easy buck, were desperately thirsty, or protested against the influence of foreign capital and corruption. The only ones not paying attention to the Ayotzinapa students are the political parties, who just started

airing television spots for the upcoming elections. In his entertaining post on the blog of the University of Salamanca, Emanuel Bourges Espinosa discusses how the governing PRI party proudly presents the reduction of tariffs for long-distance phone calls as major proof of the ability of the government to change the course of the nation. His description of the campaign strategy of the Partido Nueva Alianza (New Alliance Party) is even more striking. According to Bourges, this party’s slogan ‘We are turquoise’ may very well open

“A colour as the identity of a political party. Surely Maurice Duverger, who argued in the mid-20th century that voters identify with parties on the base of ideology or interests (be they class- or group-based), never imagined that 50 years later

a party would choose a colour as a means to distinguish itself from other parties.”

This – in no way representative – overview of Latin American current events ends with a reference to a heart-breaking, but must-read, article about a kidney disease killing sugar cane workers in Nicaragua. Very thoroughly researched and well written, Nina Lakhani present a chilling picture of daily life for Nicaraguan sugar cane farmers, as well as the consequences that our Western demand for cheap sugar has for local producers.