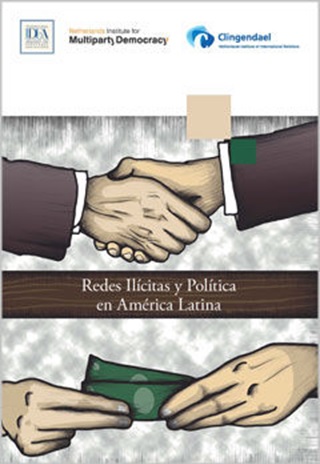 From Escobar to the Zetas: Changing illicit networks in Latin America

Last Monday, the Netherlands Institute for Multiparty Democracy (NIMD), the Netherlands Institute of International Relations (Clingendael) and International IDEA presented their new book on illicit networks and politics in Latin America. As many of you working on – or interested in – Latin American politics know, this topic is a very relevant one given the high levels of organized crime and associated violence that many Latin American societies face. According to Clingendael’s senior research fellow Ivan Briscoe, some 30% of Latin American homicides, for example, can be attributed to organized crime. Nevertheless, the topic is also a neglected one due to the difficulties involved in gathering good data (who would try to interview a drug lord?) and because it lies at the border of policy fields such as anti-corruption policy-making and anti-organized crime policies that do not communicate with each other. The book presents a novel attempt to systematize research about such illicit networks.

What do we learn about the role that illicit networks play in Latin American politics? First of all, the book makes a good case for not seeing illicit networks and state-connected criminal activities as abhorrent activities, but for regarding them as alternative models of state making instead. This means that – in reality – the basic function of the state is not to develop policy to address popular needs, but to allow actors to use state institutions to secure their own hold over power. Indeed, as noted by Vanda Felbab-Brown (senior fellow of the Brookings Institution), this is the dominant type of state making outside of Western Europe and the United States. Secondly, in cases of weak or absent states, illicit networks may become legitimate suppliers of goods, services, and security. Why would ordinary people value democratic rule of law above anything else, when it is a non-democratic or illicit local power holder that satisfies their primary needs such as access to food, education and healthcare, and security? The dominant role that illicit networks play in the daily functioning of many Latin American states (and other non-European states) should therefore be taken into account when designing anti-corruption or anti-organized crime policies.

Although these developments are visible outside of Latin America as well, the book identifies two elements that are particular for the Latin American region. Firstly, extra-ordinary rates of violence accompany the presence of illicit networks in Latin America. As a consequence, this alternate form of state making affects the lives of ordinary citizens on a daily basis – as is clearly exemplified by the recent disappearance and presumed killings of dozens of student teachers in the Mexican town of Iguala. At the same time, violence is no good indicator for the presence of organized crime, because the absence of violence may imply complete territorial dominance and state capture by one group of illicit actors. This is a particularly relevant point, because of the second Latin American trend. Over the last decades, the relationship between political actors and organized crime has changed directions. This means that it is now the illicit actors that control the relationship with the state and that – particularly at the local level – authorities oftentimes look actively for the support of these groups to stay in power. A similar development is visible in other spheres, such as the extractive industries, where mining and logging companies pursue the support of illicit actors to support their enterprises. As a consequence, illicit networks have expanded their activities to the public and entrepreneurial spheres, which clouds the distinction between legit and illegitimate business and which complicates the targeting of organized crime.

Through its thorough appraisal of illicit networks’ political and economic linkages to the state, the book provides a useful analytical framework that Clingendael now applies to other fragile regions such as the Sahel, Libya, Syria, and Somalia. According to NIMD’s Pepijn Gerrits, some of the findings are even relevant for the Dutch case, where mayors in the southern provinces face increasing levels of crime and violence related to the drug industry. In any case, the book provides an interesting read for those of you interested in the role that illicit actors play in Latin American politics. You can download the Spanish version here, or you can wait until next month when IDEA will publish the English translation.