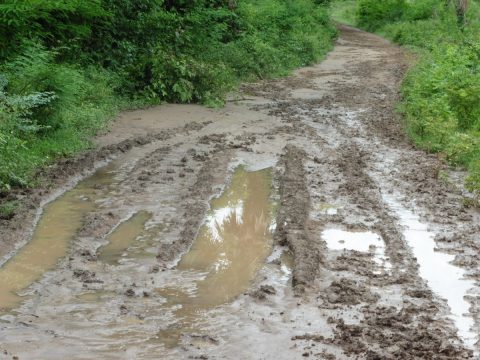 The internal conflict in Colombia, which has been ongoing for over five decades, has led to hundreds of thousands of victims of crimes ranging from killings, kidnappings and enforced disappearance to sexual violence. But the nature of the conflict, which increasingly revolved around control over land and natural resources, has also led to an unprecedented number of internally displaced people. It is estimated that during the conflict around 6 million people have been displaced, mostly persons from rural areas who sought refuge in the cities.

Land restitution is very important for the people I worked with, whose communities are one of the pilot cases of the land restitution process. The idea of having their land titles back, gives the people a sense of security and protection from renewed displacement. Moreover, land has a strong emotional meaning for farmers, and as many had an extremely hard time trying to make a living in the city during displacement, they longed to return to their own land. Nevertheless, the process of returning and the formal restitution of land has not been easy, and up until this day – over four years after the process started – part of the communities are still waiting for their land titles. The process proves to be much more complicated than envisioned.

Returning after displacement
After ten years of displacement, the process of making land profitable and the communities liveable again is not an easy one. Most people had no resources of their own to invest. Most of the land was in a very bad state when they returned, and several people had to sell part of it in order to gain money to make it apt for cattle farming again. Although the land restitution includes a ‘productive project’ with cows and assistance to reorganise the land, for many people the assistance has proved insufficient. The schools only started functioning years after returning and are still small and badly equipped, while people recognise the level of education is low. Health care is practically inexistent and people have to go to the nearby town to receive simple treatment, which requires money many people simply don’t have. There is no running water nor electricity in the communities, and these are only accessible by dirt roads that become practically inaccessible in the rainy season.

This is why the land restitution sentences include additional measures to enable people to return and have a decent living. These measures include improvement of the roads, installation of electricity, building of schools and health centres, etc. Nevertheless, most of these measures are supposed to be implemented by the local authorities, who generally receive no additional budget for this, while many local government institutions – especially in the Atlantic Coast where I worked – have been characterised by corruption over the last decades. Together with the lack of an effective monitoring system of the post-restitution phase, this means that life in these communities continues to be hard and restitution looks much different in practice than on paper. Several of the women I worked with told me they feel that by returning to their land they have sacrificed the education and health, and therefore the future, of their children.

The difficult situation was even compounded by the drought caused by El Niño. This meant that people’s already meagre income was even further reduced, as there was not enough grass and water for the cattle, who therefore produced less milk. People expressed their disillusionment and despair, and repeatedly mentioned that they felt unsupported and unrecognised by the government. Research by both academics and human rights organisations showed that his lack of government support for the traditional farmers’ economy might be explained by the Colombian government’s vision of ‘development’, which focuses on large-scale agro-industrial projects like mining instead.

Transformation?
It can therefore be asked how effective a process like this can be, in a context where the government does not seem to truly support the transformation it claims to promote. Moreover, since land possession has historically been extremely unequal in Colombia – like in many countries in Latin America – it is unclear how a process of restitution can really be transformative, as most people will be returned to plots of land that were small or unprofitable to begin with, while the most fertile land is generally owned by large landowners. The people I worked with during my research struggled to survive on their land, and without more government assistance it is unclear whether most of them will be able to make a decent living there. This might eventually even lead to people selling their land in order to make a living elsewhere: the ultimate failure of this restitution process.

Some people have mentioned the need to diversify their income in order to secure survival. This could be an interesting area for the participation of women, who are still largely limited to household tasks in these communities. Many of them would be interested in working on productive projects, and this could moreover contribute to transforming unequal gender relations. Nevertheless, the land restitution and reparations process has paid little attention to challenging gender or other structural inequalities so far. In future blog posts I will explain more about how reparations and their ‘gender perspective’ work in practice, and how there is often a significant gap between transitional justice policy and practice. She has just finished fieldwork in Colombia, analysing the gendered dynamics of Colombia’s land restitution and reparation process. For conSentido, she writes about transitional justice in Colombia.