What is peace and how do you build it? 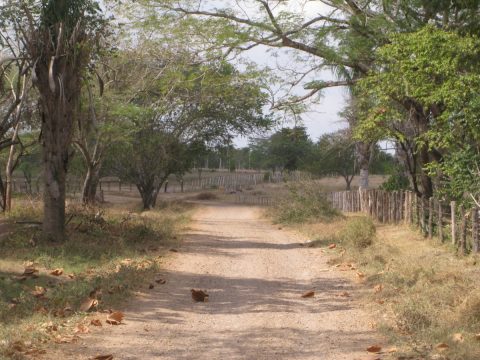 Over the last months, European newspapers have been filled with items about extreme human suffering caused by conflict and war, such as the migration crisis in Europe, the conflict and failed peace negotiations in Syria and the crisis between Russia and Ukraine, to mention just a few. Receiving less media attention, at this moment a peace process is being finalised between the Colombian government and guerrilla group FARC – while ELN, another guerrilla group has only recently initiated peace talks with the government. A peace agreement would mean the end of half a century long conflict between the State, various guerrilla groups and paramilitary groups, until the demobilisation of the latter. Yet we don’t often ask ourselves: what is peace? or: what would it look like for the average Colombian citizen?

To help understand this, I conducted my PhD field research in two rural villages in Colombia, where citizens were displaced for ten years by the AUC paramilitary. These people returned to their land in 2007, after the paramilitary demobilised. The persons I worked with now live in ‘peace’, as those who caused them harm have demobilised. And yet the situation in these villages continues to be very difficult, since the people lack all basic development conditions and the State is still largely absent, in spite of implementing a reparations and land restitution programme here and elsewhere in Colombia. As one of the survivors I lived with during this period put it: ‘peace in a country is like peace in a household; it is built on trust. If someone within the family starts telling lies, the trust is broken, weakening the peace in the household’. This comparison clarifies that although formal agreements have been made that establish peace; if they are implemented in the wrong way, they can still damage trust within the State, which is essential for peace.

When a conflict has ended by negotiations that led to a peace agreement, this doesn’t mean that lives are normal again and suffering has ended the following day. It generally takes a long time before State institutions that are damaged by war are functioning well again, before people can trust the State and each other, before the psychological and physical wounds of war have healed and before a country’s economy is back on track and its citizens’ basic needs provided for. The founder of modern Peace Studies Johan Galtung therefore distinguishes between ‘negative peace’, when direct violence has ceased, and ‘positive peace’, which refers to the absence of structural violence – problems like poverty, disease and discrimination produced by structural inequalities. That is to say, the end of a conflict doesn’t necessarily mean the start of peace.

One instrument to help States build peace is transitional justice, which consists of a set of tools to deal with a violent or authoritative past. You can for example think about mechanisms to address violations of civil and political rights, like truth commissions or trials against those who committed human rights violations, which are often called for by the international community. Reparations for the survivors of the crimes are also part of transitional justice, as well as all sorts of legal and institutional measures to prevent the recurrence of conflict, like the repeal or adoption of laws, the reform of the security sector, etc. The Colombian reparation and land restitution process that is currently being implemented, and which I studied during my fieldwork, is generally seen as an example of best practice of transitional justice.

Yet often there is a large gap between the theory and practice of laws and policies, and transitional justice is no different in this respect. Are States actually helped by it, and even more so, are the conflict’s survivors better off after the implementation of transitional justice? What are the survivors’ demands? During the next months, in several pieces, I will illustrate how the land restitution and reparation process is being implemented in Colombia and which lessons we can learn from this experience about how to build peace that is meaningful for a conflict’s survivors.

She has just finished fieldwork in Colombia, analysing the gendered dynamics of Colombia’s land restitution and reparation process. For conSentido, she will write several articles about transitional justice in Colombia.